The story in the Irish Times is almost too funny to believe.

HE WAS one of Ireland’s most reckless drivers, a serial offender who crossed the country wantonly piling up dozens of speeding fines and parking tickets while somehow managing to elude the law.

So effective was his modus operandi of giving a different address each time he was caught that by June 2007 there were more than 50 separate entries under his name, Prawo Jazdy, in the Garda Pulse system. And still not a single conviction.

How did they catch this dangerous repeat offender?

In a letter dated June 17th, 2007, an officer from the Garda traffic division wrote that it had come to his attention that members inspecting Polish driving licences were noting Prawo Jazdy as the licence holder’s name.

“Prawo Jazdy is actually the Polish for driving licence and not the first and surname on the licence,” he wrote.

A classic study of security control failure. And an amazing example of overlooking everything different on a license by fixating on one thing — a form of blindness.

The police have since been trained, and their system updated, to handle the licenses of other countries, although it is not clear what happens if your name is actually a generic phrase like Driving License or something inverse like “Null”. 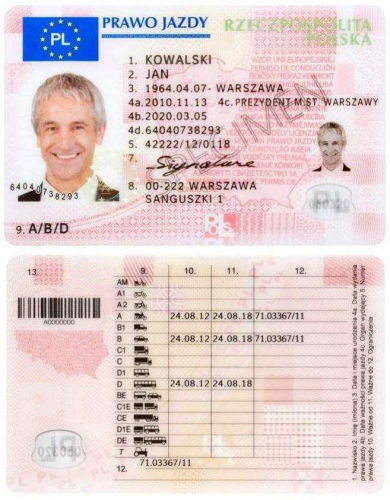